Voted 2nd best place to live (by Money Magazine) and the best place for an early retirement (according to Kiplinger 2013), Naperville is the wealthiest city in the Midwest. The fifth-largest city in Illinois, after Chicago, Aurora, Rockford, and Joliet, approximately 95,000 Napervillians live on the DuPage County side, while about 50,000 reside on the Will County side. Named after its original settler, Joseph Naper, Naperville started the growth it is know for today, having over 100 settlers by 1832. Fort 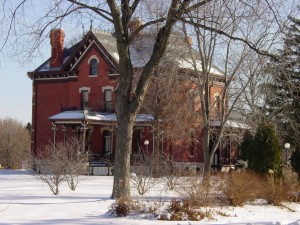 Payne was built at the Naper Settlement to prepare for an attack that never materialized and the Naper Settlement still stands today as a major attraction in Naperville as well, is a favorite wedding ceremony venue.
The Naperville Public Library was ranked first in the United States for 11 years straight, having the highest technology integrated within its system. Home to people such as Gina Glocksen, American Idol finalist, Antonio Davis, power forward and center for several NBA teams, and Evan Lysacek, figure skater and Olympic gold medalist (2010) Naperville fosters talent in all shapes and forms.
Complete with the DuPage Childrens Museum, a wide variety of dining options, Centennial Beach, Naperville River Walk, Farmers Market, and winding bike and hiking paths, Naperville is a favorite destination for those who like to boost the economy as well, for those who like to take in nature’s simple beauty. Served by both the Fox Valley and Naperville Park Districts, Naperville offers a plethora of programs and events to choose from. Finally, there is no shortage of annual events with the Last Fling, Labor Day Parade, Naperville Winter Ale Fest and Ribfest are just a sample of the most widely attended events in the history of our town, Naperville. 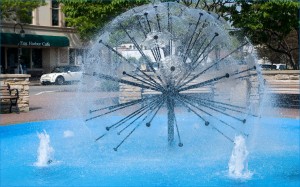 Next Door Garage has assembled a team of experienced and skilled technicians to repair and replace your garage door to the standards you deserve. Synonymous with Naperville city’s motto “Great Service – all the Time”, Next Door Garage also strives to provide the same and many of the homes in the Naperville community reflects the same craftsmanship and style Next Door Garage provides. From classic to refined, our extensive wood collection, modern, vintage, custom and semi-custom options deliver handcrafted originality and beauty.
Call us today for a no risk consultation to discover how Next Door Garage is the solution to open doors to a more beautiful space in your Naperville home.

Serving the Western Suburbs of Chicago, including these communities: